Wednesday night is movie night...so we go to see “Alicia en el pais de las maravillas” (aka “Alice in Wonderland”) in 3D and then do dinner at a traditional parrilla (grillhouse) with Rick and Kirk (standing 2 steps down - he's really not that short at all!). 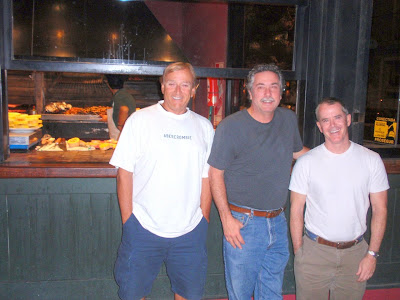 Lots of meats, chickens, and sausages on the grill sizzling away, though the salad bar is the big hit for us all. I'm actually feeling vegetable-deprived...with the exception of potatoes, pumpkin squash, and lettuce/tomato salads, vegetables typically aren't served with an entree or as a side dish.

Thursday is quiet but, on Friday, we have breakfast with Claire and George, who are visiting from the states and just back from Neuquen, Argentina, just 40 or so miles from Concepcion, Chile... 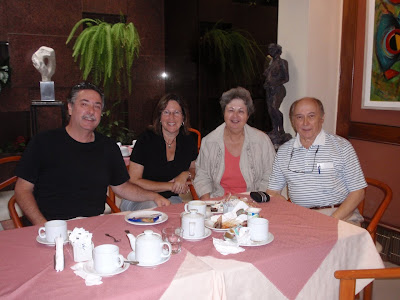 and hear, first hand, how it felt to be close to the epicenter of Chile's earthquake. We didn't feel a thing here in BA, but aren't sure whether it's because it occurred at 3:30 a.m. and we slept through it or because the city wasn't affected...we've heard both stories.

Later that day, we go to the Palacio Errazuriz, the only early 20th century French-style mansion open to the public. 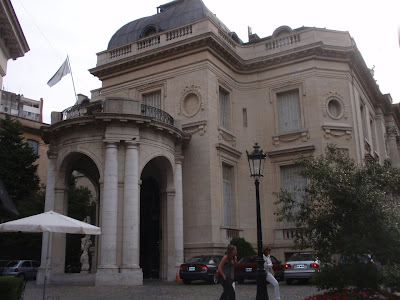 But we don't take a tour...oh no, no, no...instead we dine al fresco at the mansion's restaurant with Julie, Bob, Bettye, and Michael. 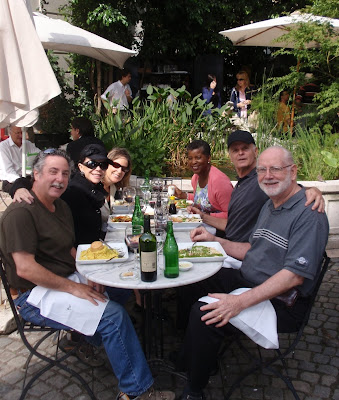 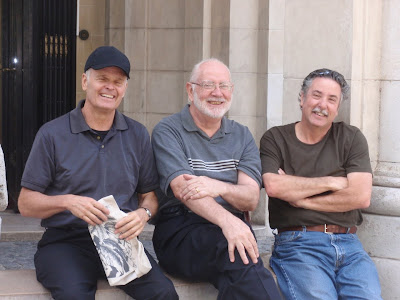 On Saturday, we walk over to the Marriott to welcome our friends Nelson and Brian, who've just arrived from the states for a week long stay. 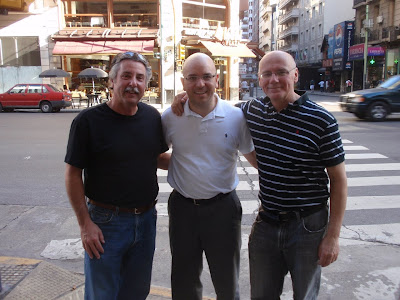 On the way, we pass another of those statues that cause us to take notice...this time, a replica of Michaelangelo's “Pieta”... 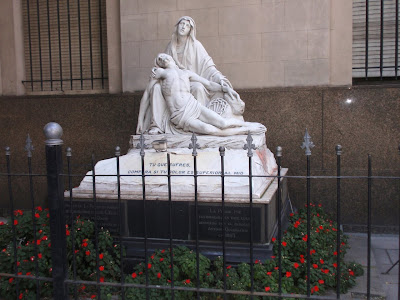 as well as “tamale art”...(we photograph pretty much anything that catches our eye). 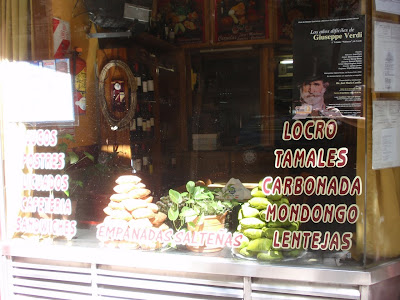 We spend part of the day and that evening with them and then, on Sunday, we all go to San Telmo, where we walk around the Plaza Dorrego...arts and crafts, tango singers and street performers galore. We browse in antique stores, nibble on filo dough and honey pastries, 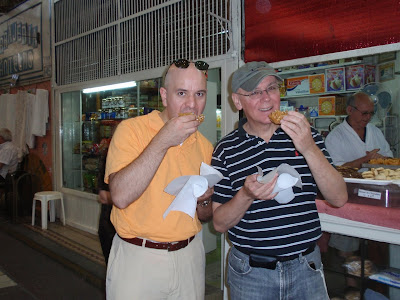 and then go for lunch to El Hippopotamus … 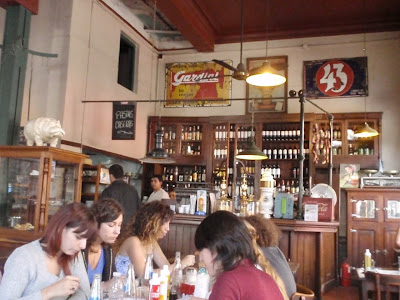 Next we bus over to La Boca, where we “view” the works of “aspiring artists”... 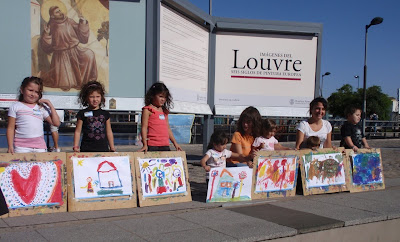 and I catch David fraternizing with the local gnome. 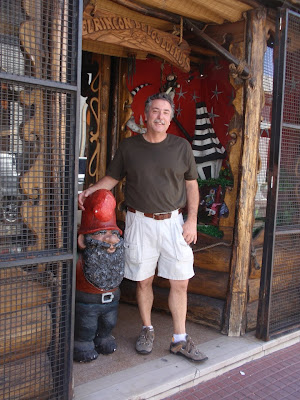 On Monday, some of us go to the Palacio San Martin which, we were told only a week ago, gives English-speaking tours on Mondays and Wednesdays. But that was then...and this is now! We've learned that this weeks' tours have been canceled. Why? We don't know. But that's OK. We're flexible and, if I can't get photos of the Palacio's interior, Julie in the Sofitel ladies room will have to do. 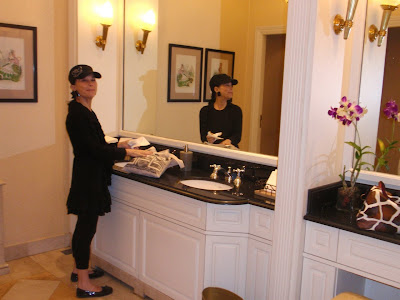 Later that evening, David is feeling a little “off” and, by Tuesday, has a fever and sounds pretty awful. So, after I have lunch with Nelson and Brian, the 3 of us go to Farmacity (BA's version of CVS) and buy “proper drugs” for David. In retrospect, we've been really fortunate. In all of our stays here, this is the first time either of us has been sick. And since antibiotics are sold over the counter here, within 24 hours, the drugs have kicked in, his fever has broken, and a bunch of us go to lunch... 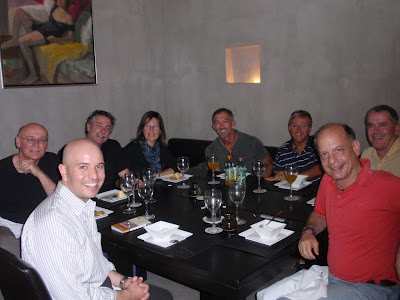 Then, David and I go back to the optical store to pick up my new glasses. Sabrina is there, thankfully, to help with the final fitting. Even though she doesn't speak any English, she's been a big help throughout the multi-visit process.  And once David finalizes the deal (all in Spanish!), we're off and running. 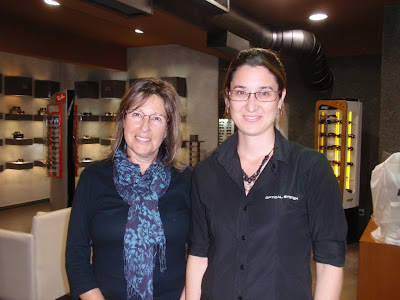 Great...except that by that evening, I'm sick too! No socializing for me until Friday, which is Brian and Nelson's last night here...so we make it Paella Night! 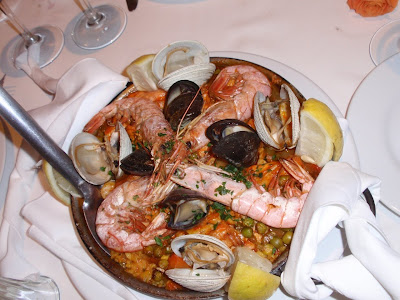 It's back again to San Telmo, where we eat Spanish style...in a restaurant with lots of old-world charm, really good food and enough wine to take us through multiple courses. 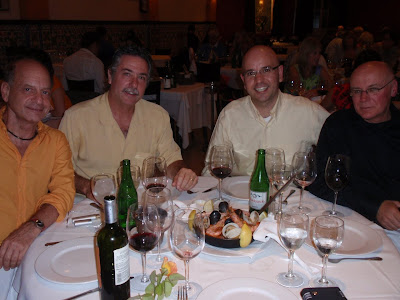 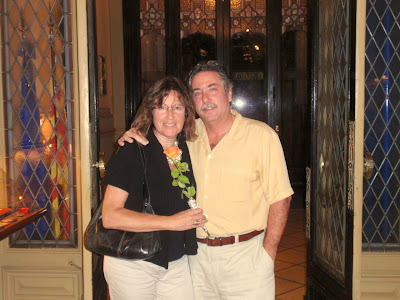 And that's the story...until Sunday, when we go to Uruguay, so stay tuned!
Posted by Escape from Cape Cod's Winter at 7:44 PM 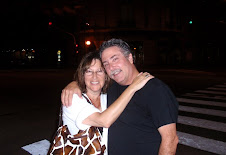